It’s time the grappling girls of the world got the respect and attention they deserve! Brazilian Jiu-Jitsu (BJJ), although evolving and changing with the times, remains a male-dominated sport. But there are some killer grappling girls out there you just need to know about!

The first grappling girl on our list – Sarrah Rose – trains under Team Jean Jacques Machado in Austin, Texas. Although still only a white belt in BJJ, this impressive businesswoman has her black belt in sex education! When not on the mats, Sarrah Rose can be found running her men’s sex coaching service, Tantric Activation (@tantricactivation)

This model can pose for the camera – then take your back and slap on a perfect rear naked choke! Maii Jun has a blue belt in BJJ, follows a plant-based diet, and her popular social media page shows her balancing time between modeling shoots, travel, and BJJ.

Popular no-gi grappler Priscilla Hembroff is a purple belt from 10th Planet in Austin, Texas. Her popular Instagram page is a gold mine for great no-gi technique videos where she is often demonstrating cool sequences with her husband, Curtis Hembroff (@Curtis10p), who is the head instructor at 10th Planet Austin.

Originally from Montreal, Canada, this BJJ brown belt went from being a national team level figure skater to elite level grappler! Training out of Florida, Branco has been a mainstay in the competitive BJJ scene for some time. Keep an eye out for her on the podium this upcoming competition season!

This popular grappling girl has her BJJ brown belt and is an active competitor. Also working as a personal trainer, Eburneo has one foot in the fitness industry, as she is partnered with major Brazilian supplement company Dragon Pharma. Eburneo’s social media is an interesting blend of BJJ training, competition, and technique videos, personal training, and modelling.

A recently graduated black belt under Karel “Silver Fox” Pravec, Danielle Kelly brings an exciting style to the women’s competition scene. She is an IBJJF no-gi Pans gold medalist, an EBI vet, and there is more than one video online of her sparring or competing against men with significant size and weight advantages – and she does more than just hold her own!

Originally beginning to train muay-thai and jiu-jitsu as a means of learning self-defense, Renata Marinho left a professional handball career and eventually became a three-time IBJJF World champion at purple and brown belt. Now a black belt under Fabio Gurgel, she is an active competitor and instructor at Team Alliance Sao Paulo

A member of the legendary Gracie family, Kyra received her black belt from Carlos Gracie Junior after a decorated competitive career as a colored belt. Gracie is widely regarded as one of the top female competitors of all-time, with multiple gold medals at ADCC World championships and the IBJJF World and Pan championships. Further, Gracie has played a major role in bringing attention to the world of BJJ, being a spokesperson for the sport and making appearances on several famous Brazilian television programs.

This welsh grappling girl has made a name for herself in recent years. After a decorated career as a purple and brown belt, Davies started her black belt life with a bang – becoming the first Polaris women’s champion, as well as earning a silver medal at ADCC, among a host of other exciting performances. Training under Darragh O’Conaill in Dublin, Ireland, Davies looks to make waves in coming years as she continues to solidify her place as one of the most exciting featherweight competitors of her generation.

A BJJ black belt under Robert Drysdale, Michelle Nicolini is one of the most decorated female competitors of her time, with 8 IBJJF World championship titles to her name, as well as an ADCC gold medal. Trading in her gi for 4 oz. gloves, Nicolini is now an active mixed martial arts fighter for Asia’s One Championship with a professional record of 6 wins and 2 losses.

With the #1 overall ranking for IBJJF gi and no-gi, Claudia do Val competes a lot! A 3-time IBJJF World champion, do Val elected not to compete much from white to purple belt, emerging onto the competition scene with important wins at major tournaments at brown belt. Now a black belt under Ricardo De La Riva, do Val is one of the most popular grappling girls on the scene today. Follow her globetrotting as she competes at nearly all of the major tournaments the IBJJF has to offer as she continues to cement herself as one of the most dominant forces in women’s BJJ today.

Want more interesting content like this? check out this Middle Easy article on The 10 Best Female Grapplers Ever, which we think you will truly appreciate!

4 Reasons you should use CBD after your Jiu Jitsu workout

Jiu Jitsu workouts give us a great feeling, but the day after, it’s usually all [...]

Wondering What Is BJJ? The 3 levels of Jiu Jitsu understanding explained

What is BJJ? If you train Brazilian Jiu-Jitsu (BJJ), chances are you’ve been asked a [...] 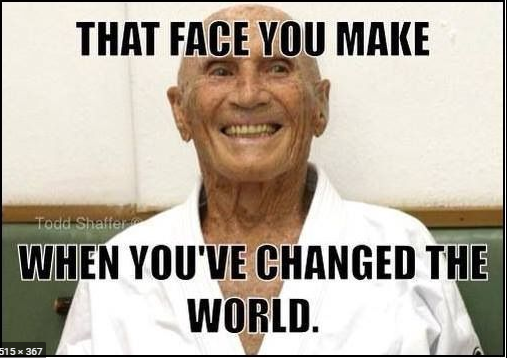 The Incredible History of Jiu Jitsu

History of Jiu Jitsu Martial arts in general have seen an enormous rise in popularity [...]

This website uses cookies to improve your experience while you navigate through the website. Out of these cookies, the cookies that are categorized as necessary are stored on your browser as they are essential for the working of basic functionalities of the website. We also use third-party cookies that help us analyze and understand how you use this website. These cookies will be stored in your browser only with your consent. You also have the option to opt-out of these cookies. But opting out of some of these cookies may have an effect on your browsing experience.
Necessary Always Enabled
Necessary cookies are absolutely essential for the website to function properly. This category only includes cookies that ensures basic functionalities and security features of the website. These cookies do not store any personal information.
Non-necessary
Any cookies that may not be particularly necessary for the website to function and is used specifically to collect user personal data via analytics, ads, other embedded contents are termed as non-necessary cookies. It is mandatory to procure user consent prior to running these cookies on your website.
SAVE & ACCEPT
0